Tentacles at My Throat 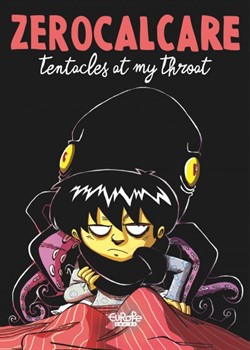 Three friends, their schoolgrounds, a secret. And fifteen years later, the discovery that they all thought there was only one secret, but each had their own. And there was one more, bigger than the others, that none were aware of. This is Zerocalcare’s second graphic novel, the one that made him stand out as an intelligent, delicate, merciless narrator when it comes to describing his own weaknesses, which may be everyone’s. A complete story in three parts at different times in the coming of age of young Calcare; three moments that have in common the all-too-familiar feeling of having tentacles at the throat.