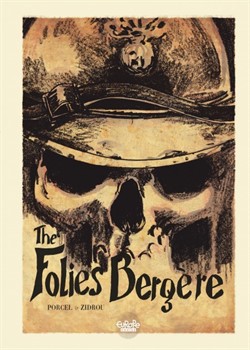 We’re right in the middle of World War I, deep in the trenches. The soldiers are confronted by unimaginable suffering and violent death on a daily basis. Considered as nothing more than cannon fodder by their superiors, they try desperately to survive. Partly as an act of defiance in the face of hardship, partly as the ultimate irony, the soldiers nickname their regiment after the famous Parisian cabaret club ‘Folies Bergère’. They laugh and joke, they write, they draw, they fight, they die in appalling circumstances, they kill themselves, they lose their minds. And then one of their number is sentenced to death by firing squad… and miraculously survives…