single-catalog.php
Home Catalog Series African Trilogy 1. Once Upon a Time in Africa

African Trilogy 1 — Once Upon a Time in Africa 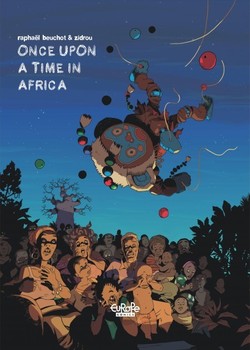 No one thought he’d ever dare to return. In this African country where the dictatorship has banned all forms of cultural expression, the storyteller named Once-Upon-A-Time has already had a brush with death. For refusing to stop performing his puppet shows, he lost both his hands, severed at the wrist with the slash of a machete. Now he’s back, ready to begin performing again, and ready to take on the powers that be…“Once Upon a Time showcases the power of stories to shape our identity. It highlights how tales take us deep within our imaginations and uplift us through hardship and heartache. Much like a good story, this graphic novel feels timeless and limitless.” ComicsVerse

3. A Little Piece of Her