Interpol, a police series, is based on real international investigations, and evokes the tone as well as the structure of the most renowned suspense series on television, such as “CSI” and “NCIS.” Each volume highlights a different location, where an Interpol investigator is sent and assigned to collaborate with local police forces to complete their mission.  The artists and writers are chosen for their origins or their specific knowledge of the country in question, allowing each episode to be set in its own universe.

Volume 1 – Mexico (script: Lionel Marty / art: Philippe Thirault) On the trail of serial killers in Mexico, the investigators called in by Interpol find themselves caught in the crossfire of drug gangs with scores to settle…

Volume 2 – Stockholm (script: Sylvain Runberg / art: Peter Bergting) A French police inspector is sent to Sweden, where he is assigned to work with the local police to investigate a cult whose guru has recently been spotted on an internet site that posts photographs of Stockholm’s nightlife. In 2009 Bergting published a graphic novel, “Gangkrig 145,” written by internationally known crime fiction writer Jens Lapidus. His series, “Stockholm Noir,” has been sold in over 30 countries, and adapted as a feature-length film. ”Gangkrig 145″ sold over 20,000 copies, an unprecedented success for a Swedish graphic novel.

Volume 3 – Rome (script: Thilde Barboni / art: Alessio Lapo) An investigator sets off on the trail of jewel thieves whose work echoes that of the famous Serbian “Pink Panthers” gang, who are currently being tracked by police forces around the world. 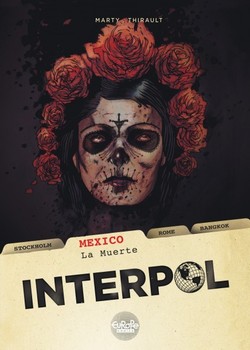 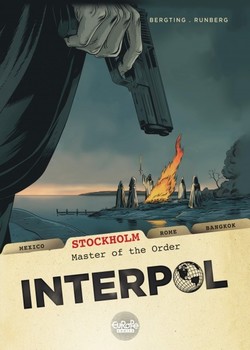 2. Stockholm: Master of the Order 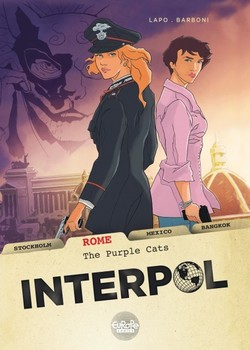