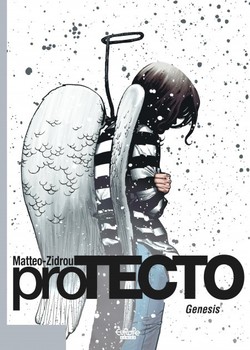 Lorenzo works for proTECTO, an agency of not-exactly-guardian-angels whose jobs are to protect the lives of mortals who have important roles to play in the future. Lorenzo’s charge, a carefree teenage girl named Kim, is one of the most important clients, classified as “major elite.” Unfortunately, Lorenzo gets distracted and his charge is run over by the heartless and not-entirely-stable Madame, a sort of grim reaper cruising around in a black Citroën. Lorenzo decides to go against the rules of proTECTO and fate itself to save Kim with the help of his fellow protector, Aegis, and Kim’s heartbroken older sister, Alicia.

No other tomes yet...