category.php
Home Catalog Series The March of the Crabs

The March of the Crabs

All species in the world evolve…except one. Cancer Simplicimus Vulgaris, or the square crab, has suffered with the same evolutionary defect for millennia: it cannot change direction. Condemned to walk in one straight line forever, these crabs living along the Gironde estuary have largely resigned themselves to their fate. However, one seemingly ordinary summer, three crabs decide to take matters into their own claws and rebel against the straight and narrow path they have been sentenced to, upending the entire ecosystem in the process.

From critically-acclaimed French illustrator and animator Arthur de Pins comes the first volume in his hilarious and touching trilogy about scuttling towards your own destiny.

Arthur de Pins' art style is a slick, fun tribute to Art Deco, something rarely seen in comics. The story of a hapless species of crab is an endearing look at one of nature's cruel jokes, but made light by a humorous presentation with likable characters, reminiscent of films like Ice Age and Finding Nemo. 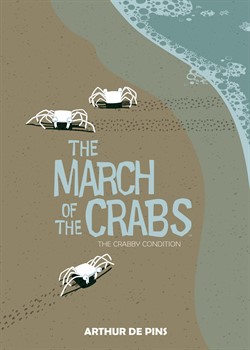 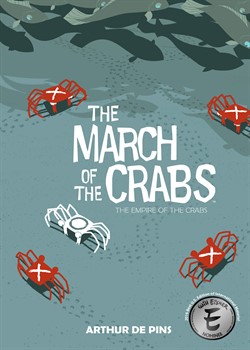 2. The Empire of the Crabs