The Mighty Return of Ric Hochet 2 — Murder in the Gardens 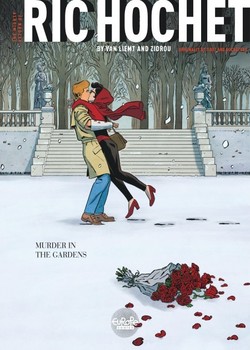 As ever, Rick is in a pickle. Instead of getting his hands on some new information, he bumps into his old foe Nyctalope – literally. And, of course, he’s alone and unarmed. Unimpressed, his boss sends him out to investigate a mysterious murder in Paris’s Luxembourg Gardens – which turns out to be a series of mysterious murders. The trail leads to a left-wing magazine called “Mad” – whose reporters are mad enough to target Rick himself. Meanwhile, there’s Nyctalope to deal with (again)… Is the nearest Rick will get to a front-page story seeing his own picture splashed across it?