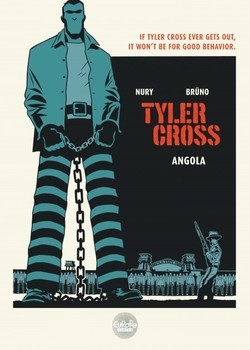 Our hero’s luck turns against him. What seemed like a risk-free gig that should have got him some easy cash turns into a fast-track to Hell for Tyler Cross. A hell called “Angola,” the biggest high-security prison in the United States, surrounded by swamps and crushed by the sweltering Louisiana sunshine. And then just to put the cherry on the cake, the Scarfo clan has put a price on his head, and there are a whole load of Sicilians among Tyler’s fellow inmates. If Tyler ever manages to get out of this penitentiary hell, it sure won’t be for good conduct.