Five families. Five time periods. Forced to flee their country, leave everything behind and adapt to a new culture in an unfamiliar land. A testimonial to hope in the face of war. Colonialism and war disrupted the lives of millions of Vietnamese people during the 20th century. These are their stories.

Clement Baloup intimately traces the paths of those who went to great lengths to seek asylum in unfamiliar lands, and against all odds, established prosperous communities rooted in the colorful culture and experiences of their past, while fostering a future unhindered by the political and personal turmoil that haunts their pasts. 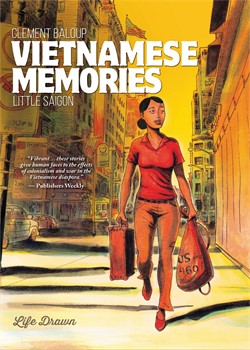