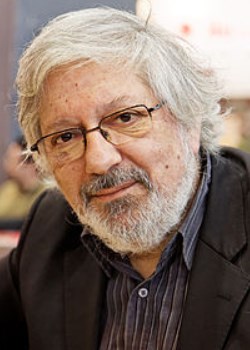 Jacques Tardi, one of the defining cartoonists of his generation, was born in Valence, France, in 1946.

Tardi got his start in cartooning in 1969 with a series of short stories for Pilote magazine and soon graduated to graphic novels. Over Tardi’s decades-long cartooning career, he’s created many graphic novels and lighthearted adventure tales, harrowing and humanizing stories about the two World Wars, a long run of detective and crime thrillers (five of which star Léo Malet’s Paris-based private eye Nestor Burma)—masterpieces all.

His turn-of-the-century serial The Extraordinary Adventures of Adèle Blanc-Sec was adapted into film by Luc Besson in 2010, and April and the Extraordinary World, a French-Belgian-Canadian animated film based on his work, was released in 2015.

Tardi has been recognized by the comics community for his impressive oeuvre and influence on the form.

He has received many awards from the Angoulême International Comics Festival, including the Grand Prix in 1985. He was inducted into the Will Eisner Hall of Fame in 2016.