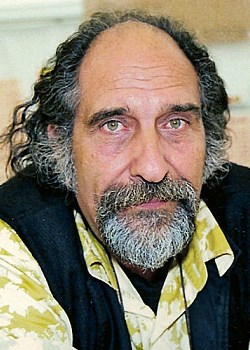 Georges Bess lived in Sweden from 1970 to 1987. There, he did his first artistic jobs under his own name or under the pseudonyms Tideli and Nisseman. He cooperated with the Swedish Mad magazine, and from 1977 to 1987, he drew stories with 'The Phantom'. Other Swedish comics he drew for were Dante, Pelefant, Mika and Anderssonskans Kalle.

In the early eighties, Georges Bess accidentally traveled to Tibet and became very impressed with the country. Bess then ventured into franco-belgian comics together with scriptwriter Alejandro Jodorowsky, starting with a series about Tibet, called 'Le Lama Blanc'. Between 1988 and 1996, six books of 'Le Lama Blanc' have been published by Les Humanoïdes Associés with great success. In addition, Bess and Jodorowsky made 'Les Jumeaux Magiques' for Le Journal de Mickey.

Bess and Jodorowky continued their collaboration at Les Humanoïdes with 'Juan Solo' between 1995 and 1999. They also revived Jodorowsky's first series, 'Anibal 5', which was drawn by Manuel Moro back in the 1960s. Meanwhile, Bess published, with the same editor, the black and white book 'Escondida' (1998), and illustrated the second book in the series of the French erotic masterpiece 'Aphrodite' by Pierre Louys (1999). With Layla Bess, he created two albums of 'Leela et Krishna' at the publishing house Carabas in 2000. In 2005, he began 'Pema Ling', another series about Tibet, at Dupuis. His artwork is influenced by Moebius and very effective for the kind of stories Jodorowsky creates for him.