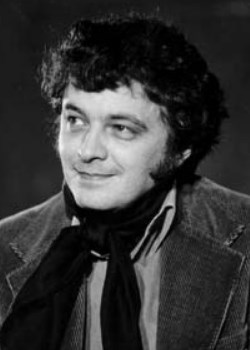 Jean-Patrick Manchette (19 December 1942, Marseille – 3 June 1995, Paris) was a French crime novelist credited with reinventing and reinvigorating the genre. He wrote ten short novels in the seventies and early eighties, and is widely recognized as the foremost French crime fiction author of the 1970s - 1980s. His stories are violent explorations of the human condition and French society. Manchette was politically to the left and his writing reflects this through his analysis of social positions and culture. His books are reminiscent of the nouvelle vague crime films of Jean-Pierre Melville, employing a similarly cool, existential style on a typically American genre (film noir for Melville and pulp novels for Manchette).

Five of his novels have been translated into English. Two were published by San Francisco publisher City Lights Books (3 To Kill from the French "Le petit bleu de la côte ouest" and The Prone Gunman from the French "La Position du tireur couché"). Three other novels, Fatale, The Mad and the Bad (from the French "O dingos, O chateaux!"), Ivory Pearl (from the French "La Princesse du Sang") have been released by New York Review Books Classics in 2011, 2014, and 2018 respectively. In 2009, Fantagraphics Books released an English-language version of French cartoonist Jacques Tardi's adaptation of Le petit bleu de la côte ouest, under the new English title West Coast Blues. Fantagraphics released a second Tardi adaptation, of "La Position du tireur couché" (under the title "Like a Sniper Lining Up His Shot" ) in the summer of 2011, and a third one, of "Ô Dingos! Ô Châteaux!" (under the title "Run Like Crazy Run Like Hell") in January 2015. Manchette himself was a fan of comics, and his praised translation of Alan Moore's Watchmen into French remains in print.

A film adaptation of The Prone Gunman under the title The Gunman, starring Sean Penn, was released in March 2015.