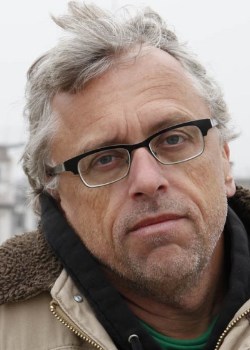 Starting out as a teacher, he began writing books and songs for children in the early ’90s.

In 1991, he met the illustrator Godi with whom he created L'Elève Ducobu (Le Lombard 1997, Ducoboo, Cinebook 2006). And thus his career as a comics writer began! He created numerous series for children and teenagers, from Crannibales to Tamara and Sac à Puces, all with Dupuis, as well as Scott Zombi, published by Casterman. Zidrou also took over the series La Ribambelle (Dargaud).

In 2017, he embarked on yet another new series with José Homs, the fantastic adventure saga Shi (Dargaud, Europe Comics in English) stretching across two centuries in England, and his bibliography grew further with the publication of the wonderfully surreal Natures mortes (Dargaud 2017; The Muse, Europe Comics 2018).

A Hell of an Innocent

The Mighty Return of Ric Hochet

While the King of Prussia Was Waging War Who Do You Think Was Darning His Socks?